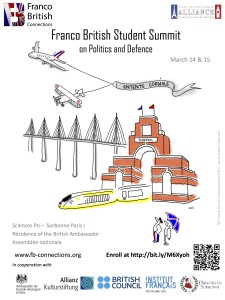 Registrations will stay open, but it is no longer possible to attend the Embassy Reception. To register, go here.

We are organising a Franco-British Summit on International Relations, Defence and Conflict Resolution in Paris on the 14th and 15th of March 2014, which will gather 130 students from both sides of the Channel. It will be an opportunity to reflect upon Franco-British relations and conflict resolution in general. The format will include conferences, workshops with experts, and networking events.

We are fortunate to have a great lineup of speakers and visits, with General Gratien Maire (Deputy Chief of Staff of the French Army), Sir Peter Rickets (Ambassador to France for Great-Britain and Northern Ireland), Philippe de Lagune (Safety and Ethics Director of Eurotunnel SA), Rear-Admiral Patrick Chevallereau (Head of the “International Organisations” division of the French Army High Command) and Mr. Michael Butcher (former President of the Franco-British Lawyers Society, and Trustee of the Franco-British Council) will all give keynotes. Many very informed specialists will share their experience with students in the workshops. And we have visits of the Assemblee Nationale, Historic Sorbonne Lecture Theatres and the Chateau de Breteuil to look foward to.

Today, whilst peace has been mostly re-established in Europe, the France and Britain still play a leading role in foreign affairs cooperation in the Middle East, Africa and Asia, amongst others through seats at the UN security council and military intervention. Our workshop themese will consider the past, present and future role of the Franco-British couple within the global and European context. The summit is designed as an open space for students of all backgrounds to explore and exchange ideas about the relationship and influence of both nations. To find out more, go here. 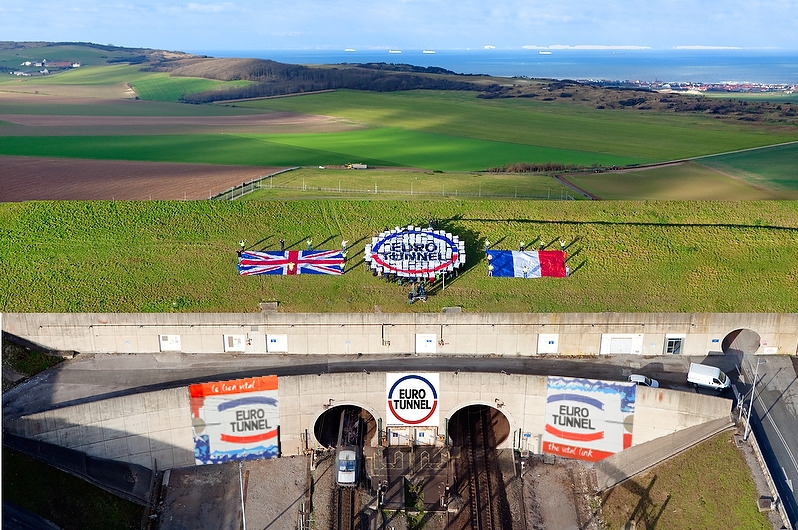 Our aim is to:

If you want to see what last year’s participants thought, have a quick look here.

THANKS TO OUR SPONSORS AND PARTNERS: